Winter Solstice 2020: The Wonder-Filled Time of the Year

Happy Winter Solstice 2020! We've made it this far and not long to go till we get a whole new year... 2020 is a little extra special (yes, that too but this is a good thing, we promise), in that this year we have the conjunction of Saturn and Jupiter in the sky, creating the phenomena called The Bethlehem Star, which was able to be seen in the US after sunset, as well as a shower of shooting stars (meteor shower) that is due to begin being observed just after midnight.
We won't go into the meteorological phenomena or the debate over what all these might mean, although do look up what Chile could see for the conjunction - wow. Instead, we want to acknowledge the beginning of the Yuletide Season, and, even though it's not suitably cold where we are yet, the beginning of our beloved Winter. (Autumn is a close second, we will admit - nature's paintbrush gets pretty showy in areas that have seasons, and there's nothing quite like it, but that quote below about Winter, explains a lot of why we love this season - plus the mix of dark and light magic potential, combined with the season of traditional storytelling: we are Winter Folk!) 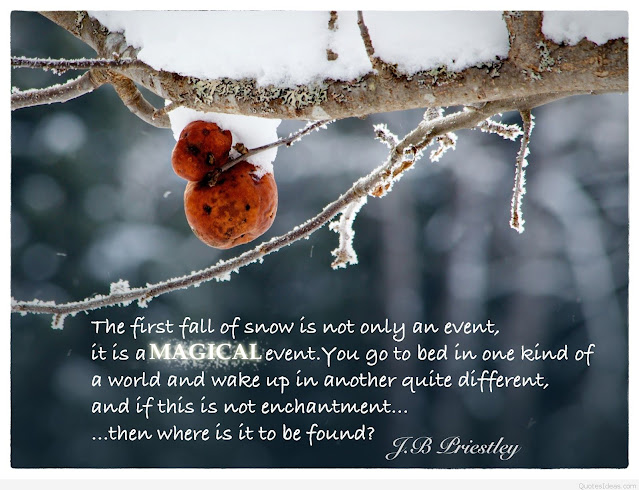 Regarding the beautiful illustration at the head of this post, it was created by Kristen Gould during #FolktaleWeek2020, specifically for the prompt "solstice". While there are snippets of the tale/lore about the Oak King and the Holly King at war appearing during this time of year, we don't see many versions of the whole tale and there is only one (possibly two), picture books available detailing the tale in full to read to children. (Note: at the link an author, reads her story, showing pictures from her children's book - she begins at the 3 minute mark of a recorded live session.) It used to be common to see Oak and Holly Kings referenced symbolically in Christmas postcards, if not taking front and center, but the tale behind these images is largely forgotten. If it weren't for the popularity of the song "The Holly and the Ivy" (which overtly references a medieval Christian symbolism, while echoing an older Celtic belief in the Holly King) it might even be more obscure, so it's wonderful to see, now people are exploring more Solstice celebrations alongside Chritsmas traditions, that folks are discovering and remembering this tale of the changing of the seasons and the exploration of the "enchanted" forces of Nature, and to be creating new and wonderful images. We don't think we have seen the two-halves, or yin-yang, aspect of Holly and Ivy illustrated this way before but it makes such an excellent visual for explaining why the tale survives and has resonance. What's interesting to us, though, is that this War, or struggle, or contest - however it's portrayed - usually between two brothers (sometimes two men, or one man transforming through the year, or twins), rarely is thought about at any time other than when the Holly King is at full strength, ie. the beginning of the Yuletide Season, which is the Winter Solstice. Though the brothers "share" the year, it's only when Winter arrives that this tale is usually told. Perhaps obviously, this harks back to when Winters were more difficult to survive and how it was used as a reminder of hope for when the nights would no longer continue growing colder, but anticipate the arrival of Spring and new life, new growth and easier living.
Here's what Kristen wrote about her illustration:

I chose the ancient Celtic belief in the Holly King (the spirit of winter) and the Oak King (the spirit of summer) as my inspiration. It is said that they are forever entwined in battle with one another as the seasons change each year. There is a duality to this so-called battle, for while they oppose one another, they are still two parts of a whole and work in sync with one another to create the solar and harvest cycles. During the winter, the Holly King reigns, bringing transformation and new birth. The winter solstice is the marked return of the Oak King. On this day, the light is reborn.// I liked the idea of the two spirits being two parts of a whole forever entwined. This one also began as a traditional piece and then very quickly became mostly digital.

"The light is reborn" is a direct reference to the Winter Solstice having the day with the fewest hours of daylight. Even though the Winter season/Yuletide, has just begun and the coldest days and nights are ahead, the daylight hours now start to get longer (think of the Oak King being reborn right at this time and getting larger and larger), until the longer light finally warms up the world again (in that hemisphere) and the seasons turn toward Spring and Summer.
Here are some thoughts from writer, poet and artist Nellie Cole on the representation of the two Kings:

The Oak King, often represented as having a crown of oak leaves and acorns and dressed all in green, can be seen as comparable to the figure of The Green Man. The Green Man, like The Oak King, was seen as a figure of fertility, and is most commonly depicted as having a face made from sprouting oak leaves. This image of metamorphosis – from man into tree, or tree into man? – could tie in to the notion that the two Kings are the same being, transforming from one into the other.

The Holly King is likewise said to wear a crown of holly leaves and berries, dress in red, and sometimes as being accompanied by eight stags. This of course could arise from the belief that the Kings are aspects of The Horned God. But it also be connected to other figures, such as the Norse god Odin on his eight-legged steed, or Santa Claus and his eight reindeer (before the more modern inclusion of Rudolph). Due to Santa’s patchwork history, it is unlikely he is a direct descendant of The Holly King, despite his resemblances – though this could be another instance of comparative mythology at play.

The dominance of Christmas over other Winter celebrations in the Western world displays an abundance of multi-cultural absorption (and sometimes outright appropriation) of motifs, rituals and practices from other celebrations and religions, (much of it Pagan) so Christmas is a veritable mish-mash of ideas under one narrowly-defined name; something which unfortunately has resulted in misrepresenting many cultures, traditions and people as a result (hence the swing toward the neutral "Happy Holidays"). Whether or not the miraculous-magical Santa/St. Nick and all the associated Christmas trees, gifts, cookies, reindeer, elves, stars, carols and more, come directly (or indirectly) from shared sources (Pagan, Germanic, Celtic, Norwegian and more) or are relatively new, only serves to emphasize the global tendency - perhaps even the "need" - to mark the season with a certain importance in our yearly lives. It reminds us to live, and to keep investing in puposeful living.
The representation of Holly and Ivy has always been an intresting juxtaposition for this concept of living purposefully. Even as Winter gets more severe, there is a strong sign - the lengthening daylight hours - that signals this is a temporary state. Perhaps because of the severity of cold and darkness and the unique challenges of Winter, this almost-magical transformation of seasons is noticed by most everyone, which in turn adds to the awareness of magic and magical possibilities at this time of year. It's a season which promises the possibility of new beginnings. 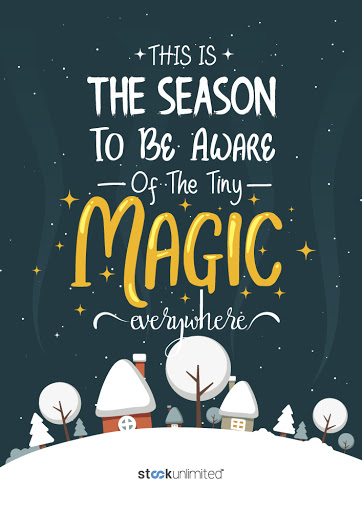 And it really is magical at this time of year. What began in October with a sense of Other in Halloween/Samhain, continues with different emphasis for a solid three months. We go from thoughts of the supernatural, dealing with our fears and acknowledging our ancestors, to rituals for (ideally) strengthening family bonding through Harvest (and Thanksgiving in the US), to a years-end transformative feast  - full of decorations, dress-ups, special foods, songs and films - that includes charity and gifting to extend the "circle of warmth" to include our fellow man (and often creatures) for holiday/Yule/Christmas celebrations, which then take us into a whole New Year, full of wishes, resolutions (and for this year, the promise of vaccines and the beginning of the end of this hideous pandemic) and resolve that this new year will be nothing like the last one. (PLEASE!) That's a pretty full quarter of the year to be focused on rituals of wonder, Other and magic!
There really is something transformative about this time of year - even if you hate it. When everyone around you is decorating - even if it's obviously commercial - and people are ritualistically wishing you wellness and joy, there is a communal agreement to make this season unusual, different, and everyone's participation (or active resistance) makes not-normal happen, (decorated trees, twinkling night lights even in the most rundown of places, people giving selflessly to complete strangers, and more - even extreme negative behavior of bah-humbugs are part of the ritual!), which is another way of saying people -together- are making magic possible. Perhaps you won't get to talk to the Jolly Old Elf himself, but it certainly feels like you've been magically deputized by the Spirit of the Season when you pay attention to what your efforts produce. It's a very wonderfully-weird and awesome thing, demonstrating our ability to create Wonder too. This season, if nothing else, reminds you to be aware of the Wonder around you, and the potential of Wonder within you. It is even said that Winter is Wonder Season.
What could be more fairy tale than that?
Happy Winter Solstice and Wonder Season
from all of us at Once Upon A Blog news headquarters.
Kristen Gould on the Web:
WEBSITE: Enchanted Studio Co
Instagram: @notkristen
Ko-fi: enchantedstudioco
Society 6: Enchanted Studio Co
Threadless: EnchantedStudioCoArtist
Redbubble: Enchanted Studio - Katy
Patreon: Enchanted Studio Co
Etsy: Enchanted Studio Co - Kristen Gould
Gypsy Thornton at 22.12.20
Share