Gaiman's "The Sleeper and the Spindle" Gets A Holiday Radio Play Adaptation (Broadcasting Dec 26, 2020)

Where:  BBC Radio 4 is the station you'll want to tune in to - available anywhere in the world with internet access! (check the link) 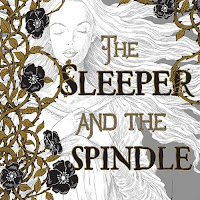 When: December 26, 2020 from 3-4pm GMT for the permiere (Boxing Day, for all those that celebrate it), though it does appear it will be available to listen to after as well - BBC Radio 4 to confirm.

Who: Here's all the info on everyone involved from BBC Radio 4, as well as their brief synopsis in case you haven't read The Sleeper and the Spindle yet. (If you haven't, you may want to get on that... it's won a whole slew of awards for good reason. Plus Chris Riddle's GORGEOUS illustrative work is just *chef's kiss*!): 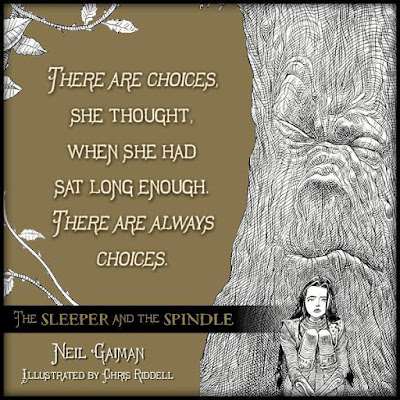 The Sleeper and the Spindle is a new tale drawing on traditional folk stories, interweaving Snow White and Sleeping Beauty in an enchanting drama that puts the women firmly centre stage.

In her mountain kingdom, a soldier-Queen prepares for her wedding day. Three dwarves, guardians from her childhood, race towards her. They were coming for the celebration, but they also bring news of a sleeping sickness sweeping the land. As a girl she survived her own long, magical sleep, so she throws on her armour, straps on her sword and rides into the heart of this new plague to try to find its source and save her people. The magical sleep is spreading from a castle deep in the forest. There, our heroine discovers a beautiful sleeping girl, and a very, very old woman, forever awake…. But when the Queen wakes the princess in the traditional way, she discovers that all is not as it seems. Ultimately, she comes to understand that she really can make her own choices, and follow the path to her own happy ending. 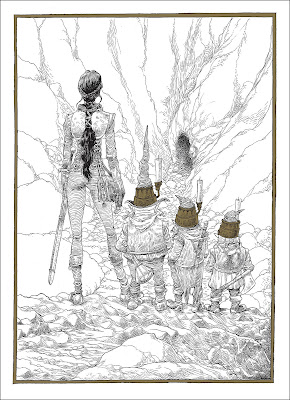 The Sleeper and the Spindle was a BBC Audio North Production

As a little bonus, here's a behind-the-scenes video of Neil Gaiman and Chris Riddle talking about how the book began and their collaboration on The Sleeper and the Spindle. You're in for a treat. Enjoy! 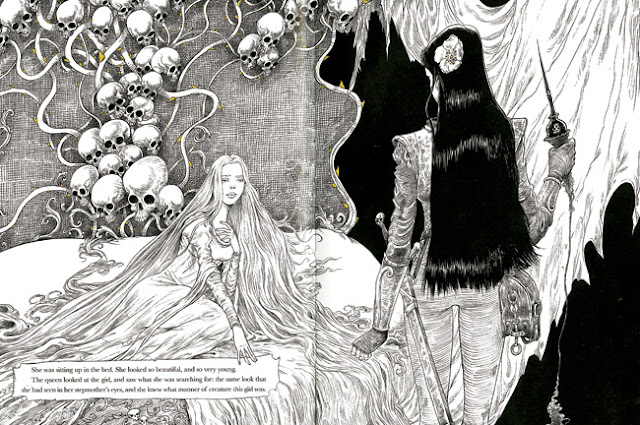