The importance of food and drink in fairy tales is a topic that comes up fairly often and for good reason. There's something about internalizing a symbol of one's decision, commitment, choice (even if an unaware one) that makes it more real - makes it a part of you. 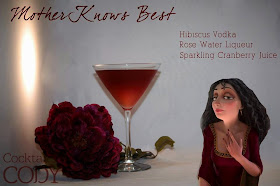 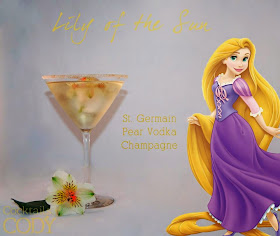 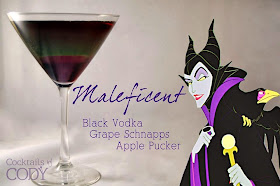 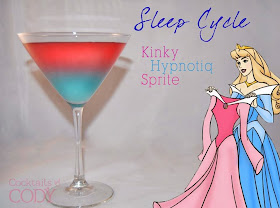 Cody Winfrey is a "mixologist" who specializes in creating unique drink "recipes" with cocktails. Although he's created cocktails on a variety of themes, it's the Disney-inspired ones that have gone viral and people can't get enough of. He's created over forty to date and is still creating. 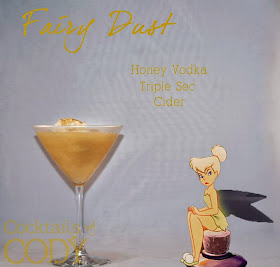 "I always try to match the character to the look of the drink and the taste as much as possible," says Cody Winfrey, whose cocktails inspired by Disney movie characters have found an insatiable audience of fans online. 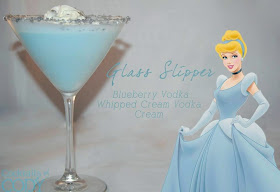 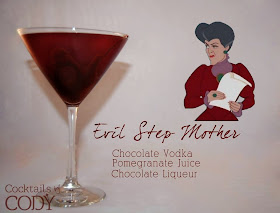 Although what this mixologist is doing is mainly for fun (and profit), creating drinks on the theme of fairy tale characters inspired by Disney has had an interesting side effect. Although it started as a whim and a fun thing to do one boring evening, the more requests he got about characters, the more he started studying these characters - not just their looks but their story lines, character traits, motifs and tendencies in an effort to figure out how to create a unique drink. In the end, he's realized that he's actually attempting to capture the essence of these characters and creatures in an 'ingestible formula", ie. a drink. 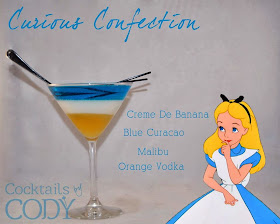 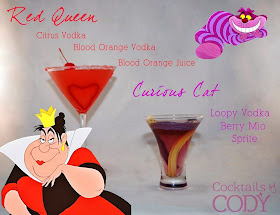 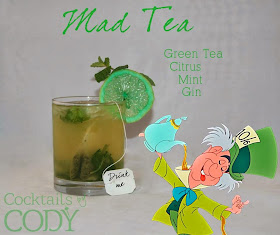 It makes for fascinating reading of the ingredients list for each one and in seeing how each are put together. It's almost like recipes for types of fairy tale people, or... a potion! Makes me think of The Evil Queen making her hag transformation spell... 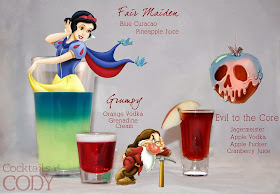 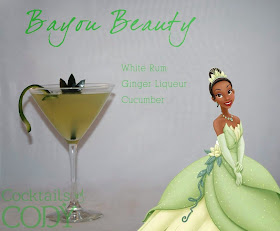 I've included some 'archetypal' characters (that Disney used and gave their own name too) here as well, because, if you substitute them for other fairy tale villains - like the Cat & the Fox or the evil uncle in Aladdin etc the 'recipe' actually works really well. I included some others too: the character who is exceptionally in tune with nature, the Deathless/Underworld character, the somewhat mad advisor.. you get the idea. 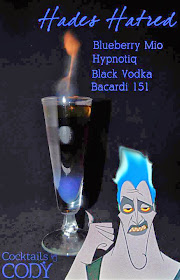 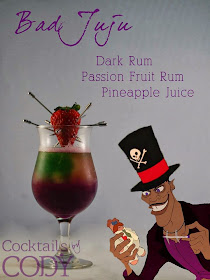 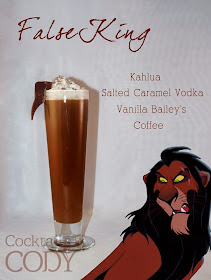 Here's a few excerpts from an interview with Mr. Winfrey by inlander: 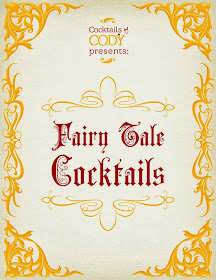 Realizing his drinks might also attract the attention of Disney lawyers, Winfrey gave himself a crash course on the legal aspects and makes sure to always say he owns the drink recipes, not the characters. The e-book he's finishing with Wells titles the recipes as "fairy tale" cocktails to avoid unnecessary trouble.

To date, he's done about 40 Disney-inspired drinks, requiring an increasingly crowded personal collection of liquor bottles to have just the right ingredients on hand. Some movies have proved to be more challenging — The Lion King and Pocahontas, for example — so he'll watch clips to see what he can pull from the color palette or characters' personalities.

"Alice in Wonderland was also tough, because it's such an abstract, out-there kind of movie that I wasn't sure how to do the film justice with drinks," he says.

As far as we're concerned, he's like a fairy tale bartender who creates characters in the form of a drink. The only question is: does the drink cause that particular character to manifest in the drinker? It makes for an interesting storyline for a modern day warlock. ;) 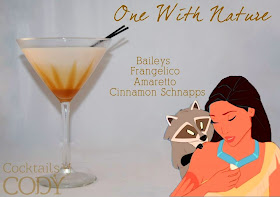 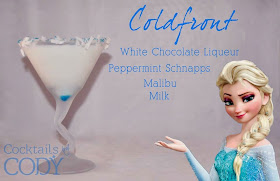 I definitely recommend going to Cody's Facebook page or Tumblr for more recipes. Apart from the curious character ruminations, some of them just sound delicious! I'm going to call it 'research'. Happy Weekend all!